Home The Voice for Kids Blog When it Comes to Asylum, Children are Losing Out

When it Comes to Asylum, Children are Losing Out 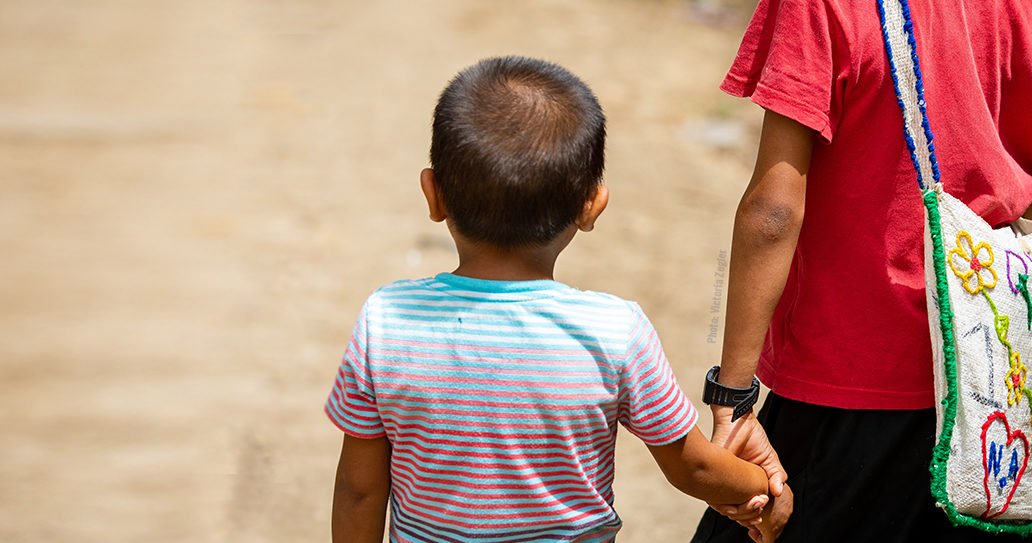 The news right now is pretty bleak. Families across the world are suffering from the impacts of the COVID-19 global pandemic. For already vulnerable populations, such as children seeking asylum in the United States, this pandemic has made their journey even more perilous and recent actions of the Trump administration have caused severe and lasting damage to many.

While immigration is an intensely complex topic, our lawmakers need to remember that children are at the heart of the debate. And no matter what side of the aisle you’re on, children should never be pawns in a political game.

The Rules are Set

International and U.S. laws have a number of protections in place for children seeking safety, including:

Now that we know the rules that are in place, let’s take a moment to learn more about the players – who’s making the decisions, who’s affected and who can act to protect children.

Unfortunately for many children and families, this immigration “game” has been going on for a long time now. Here’s some critical background information to catch you up:

On March 20, 2020, the CDC issued an order that effectively closed the border to migrants and refugees. The administration claimed that it was done to protect Americans and their public health, however, the border remains open for commercial trucking and trade from the same countries which asylum seekers and migrants are coming from and for U.S. citizens. Since its enactment, this policy has rejected more than 20,000 migrants, asylum seekers and more than 1,000 unaccompanied children. The policy was supposed to be re-examined and extended every 30 days. However, on May 20, officials extended the policy indefinitely.

Unaccompanied children are now deported without the due process granted to them under TVPRA. According to U.S. law, ORR should have custody of these children within 72 hours. However, from March 20 to April 30, 2020, CBP sent children back to Mexico or to their countries of origin without the chance to make an asylum claim or  conducting a credible fear interview as is required by law.

Policies like Remain in Mexico had already pushed more than 60,000 individuals and families to Mexican border cities, where shelters and makeshift refugee encampments are overcrowded, and migrants are often targets of violence and exploitation. Now, amid a pandemic, our government has expelled even more people to Mexico where shelters under quarantine cannot accept them. Without shelter, migrants are forced to live in encampments lacking in hygiene, space for social distancing and protection measures.

The administration’s attorneys argued in court that children are safer from COVID-19 in ORR custody, and thus held them longer than allowed under the Flores Agreement and refused to release children to family sponsors and others willing to receive them. The Los Angeles Times reported in May that some children have been in detention for more than 400 days. On April 13, a Propublica article identified 19 children in ORR custody who had tested positive for COVID-19.

Is that against the rules?

These actions violate the Flores Settlement Agreement, which states that children should be held for no more than 20 days. It also violates several parts of the agreement:

Also, contrary to the agreement and the administration’s argument, many children have tested positive for COVID-19 while in ORR custody. They are not being released to sponsors, and children who turn 18 while waiting for release are deported.

Can they do that?

As Amnesty International wrote, “Instead of choosing to release families together, as it has the legal authority to do and in fact historically did, ICE chose to pursue the family separation option during COVID-19.” In addition to this being an impossible choice, it also goes against the concept of family unity as described in the Refugee Convention and the standards laid out in the Flores Settlement Agreement.

Putting the Players at Risk

Even as stay-at-home orders were extended across the nation and public events were cancelled, immigration court hearings for children were still taking place. On March 24, EOIR issued new guidance “proclaiming that in Harlingen, Baltimore, San Antonio, and Chicago detained children must attend immigration court in person.”

Even though most MPP and immigration hearings have been postponed, hearings for individuals in detention are still taking place. Advocates have called for EOIR to postpone immigration hearings to protect both the migrants and the staff working on their cases. Children in detention could be released to sponsors or less restrictive facilities where they are at lesser risk to be infected. The haphazard management of court hearings by EOIR puts everyone at risk.

Won’t they just not show up in court?

Not if history is a guide. When the policy of releasing families or unaccompanied children to sponsors was in place, 98% met their obligation to appear in court for their asylum cases, so there is no need to put their health at risk by keeping them in detention.

It’s Time to Put the Needs of Children First

The COVID pandemic has been a painful time for everyone. Our lawmakers are tasked with creating laws and policies that keep people safe, but right now the most vulnerable children are paying the heaviest price of those actions. No matter the situation, children should never be used as pawns to coerce parents into making unimaginable choices. Now more than ever, migrants and asylum seekers should have the right to seek refuge from violence and persecution. Because at the end of the day, this isn’t a game at all.

Take action today and encourage our lawmakers to prioritize the safety and wellbeing of children.